Home » Get The Facts » Elephants In Zoos 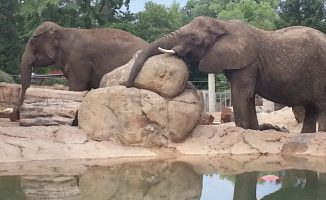 Why Do We Have Elephants In Accredited Zoos? 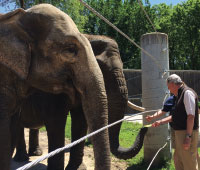 It Creates a bond between humans and elephants

The ability to use other senses when encountering a live elephant also helps seal that bond – smell of the elephant, sounds the elephant makes, and for those lucky few who get to feed the elephant – touch.

Taking the next step to support elephants in the wild

That bond, once made, is what allows zoos to move guests toward the next logical step of supporting elephants in the wild through measures such as:
• donating to elephant conservation • resolving to never buy ivory • staying informed on elephant matters
• letting your elected officials know you are watching how they vote on measures that impact elephant conservation
• voting on election day for those who will protect elephants and the places they depend on 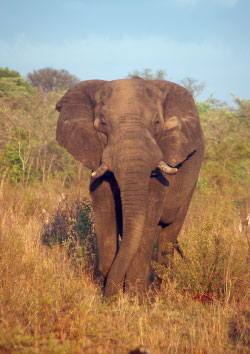 Research on elephants in accredited zoos provides information that can then be used by the other half of the global elephant conservation team – field researchers, rangers, and others working directly to protect and improve the lives of wild elephants in their native ranges.

Elephants in accredited zoos help to ensure the genetic diversity of the world’s elephant population. They also serve as an “assurance” population – ensuring that if we have a crash in the population of wild elephants, we’ll still have that species available to increase the numbers of wild elephants to healthy levels by releasing elephants back into the wild. That is considering there are wild places available to release them back into.

Accredited zoos are accredited for a reason.
They provide great care for elephants.